Kunne vi møttes i kveld i stedet for?
Markus Berg: 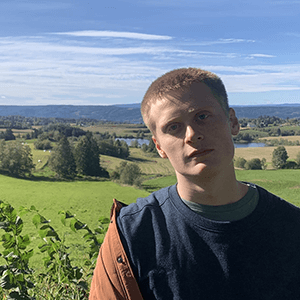 Markus really hasn't changed all that much in their time apart so I'm curious to see if things will be different between them now compared to what we saw in the beginning.

reddit-profilen til Fredrik ligger under "Profiler"

Some background: I don't have much experience with girls, but lately one of my friends (I'll call him Conan) have been pushing for me to be more outgoing and dare to make contact with the girl I like (she'll be Kerrigan). We've been talking strategies on how I should approach her, and he even set up some social situations where I got to talk to her one on one. He works at the bar Kerrigan owns, so he made an effort to naturally include me more in her life.

So in I kind of felt it was going well, too, but in hindsight I guess I was just very inexperienced at interpreting signals. Kerrigan was actually talking to me! I've never had that much attention from any girl. In my naive brain I imagined this was signs of love. Well not love, but you know, affection. And Conan assured me it was going well.

Then I walked in on the two of them kissing.

I was devastated. I felt absolutely horrible for days. A part of it was of course because I understood Kerrigan wasn't interested in me, which isn't fun by itself. But, in the end I'm comfortable with her liking someone else. That's how it's always been. And you can't help who you like. But what really hurt me was the fact that Conan was actively encouraging me to go after her, WHILE he was pursuing her himself.

He's found out now that I saw them, and he says he's sorry. Okay. Then he keeps insisting it was 'silly' and 'no big deal', but that kind of makes me feel worse. Like if it was no big deal, then why do it in the first place? He acts like he doesn't even care about her, like it's something people accidentally do. Well I've never kissed anyone, accidentally or otherwise. I know that doesn't make me entitled to anything, it just hurts that he wouldn't take my feelings into account at all.

Anyway it's been more than a week now, and this Saturday I met a few of Conan's old friends as well as his ex, and went out with them. I don't think I would have joined them usually, but I was feeling spiteful. We got drunk and ended up at the bar (that was not my suggestion). When we got there they had closed, but Conan was there, and I challenged him to stay open so we could have an after party. I could see he felt guilty about me, and I guess it was nice to boss him around a bit. Long story short, we were completely wasted and the police came. This morning I saw on instagram that they were closed.

This has just turned into a mess, and in the end I may have been the worst offender. I've reached out to Kerrigan and apologised, I also told her explicitly that the thing with the bar was my fault, and that I pushed Conan because I was an idiot. I think she still blames him, though. He keeps trying to explain more, but right now I just want to stay away from them both and focus on studying. I just feel finished with it all.

TL;DR My friend kissed my long time crush, I pushed him into breaking the law. Now the bar he works at (which my crush owns) is closed indefinitely.